I read this book which depicts the society at the beginning of the Showa era, saying that I can think of Japan's little future.

I read up to "Japan Communist Party" and "Spelling Movement", almost read the half of this book, What I think is similar between the two moods, the beginning mood of the Showa era and the modern mood.

Of course, each one has many different elements, so it does not change in the same way as it is, but it is foolish for us to do the same mistake

However, if there is a power that wants to make it transition from peace to war, they may be thinking of making the war successful this time. 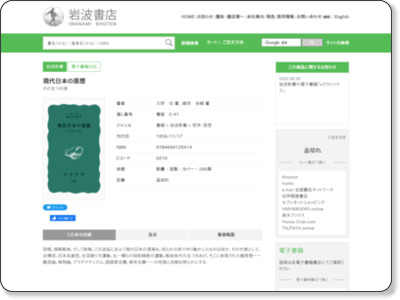 "Power of Defeat Later Works" Shunsuke Tsurumi
I like to read Tsurumi Shunsuke's books. The reason is that I will be fine.
From now on, when I worry about how I should live, I read Shunsuke Tsurumi's book.
Never a solution to the difficult problem is written in his book. But, it makes me feel like I try hard. Then I can think for mysel
f what to do from now. 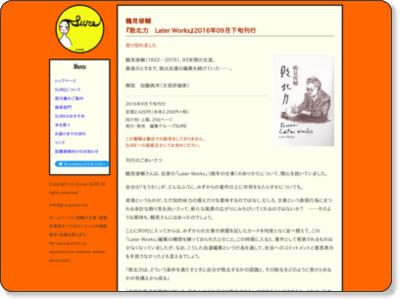 Japan became militarism during the Second World War. Shunsuke Tsurumi wrote about refusal of military service in Japan.
Militarism, it is the idea that "Whoever does not kill people is killed." Among such countries, those refused military service are not deep philosophy or religion, "I am a human, do people kill people I do not know"

Refusing to kill humans with thought from everyday life that is deeper than religion and philosophy.

I can get better by reading decent sentences. [/book/turumishunsuke] permanent link